Occasionally, both my my mind and feet like to wander....
Dorothy Wordsworth's Garden 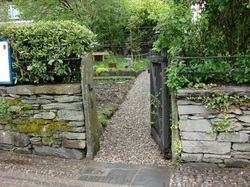 This garden is outside the house in Grasmere where Dorothy lived with her brother William.  I received a grant from the Kentucky Foundation for Women that allowed me to do research at the Wordsworth Museum and wander around the land that Dorothy walked.  Her journals are fascinating to read.  Read the results in my chapbook Dorothy's Glasses.
Mary Sidney -- the Real Shakespeare! 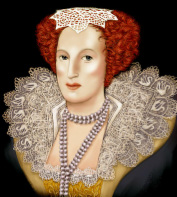 Mary Sidney Herbert, the Countess of Pembroke, was known to be a hot-tempered redhead, brilliant, multi-talented, strong, dynamic, passionate, generous, and a bit arrogant. She was born three years before Shakespeare and died five years after.
For two decades, she developed and led the most important literary circle in England’s history, Wilton Circle, taking the mantle from her mentor, her brother Sir Philip Sidney, who died in the Queen’s Protestant war. Her work, the work of her brother, and the work of many of the writers in her circle were used as sources for the Shakespearean plays.
For more great information:  www.marysidneysociety.org/aboutmarysidney
Inspirations:
Dorothy Wordsworth
Bela Fleck
Janis Joplin
Rosalind Franklin
Gabriel Garcia Marquez
Jazz at the library
Birds
The Oxford Comma